In 2003, Mike received a phone call that changed his life forever. He learned his brother Thomas was one of two soldiers killed and nine soldiers injured in Iraq on Memorial Day. Following his brother’s death, it became Mike’s mission to tell his brother’s story as well as the stories of all those who protect our freedoms. 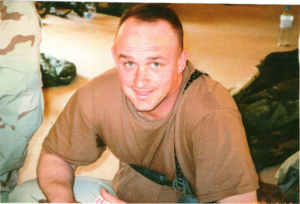 We Will Not Forget...

“We ask you not to mourn for the family, but to honor the hero,” Mike Broomhead said, his voice cracking with grief during a May 29, 2003 press conference at HealthPark Hospital in Fort Myers.

The Broomheads and their mother, Rosemary Klima of Cape Coral, learned May 27 that Tom Broomhead, 34, was one of four soldiers killed in Iraq on Memorial Day.

The 1986 quarterback of the Cypress Lake High School football team, husband and father of three young boys, was killed while on guard at a checkpoint in Fallujah, about 30 miles west of Baghdad. A vehicle pulled up and assailants opened fire.

A second American killed in the gunfight also was from Florida. Staff Sgt. Michael B. Quinn, 37, of Tampa served with Broomhead in the 3rd Armor Cavalry Regiment, based in Fort Carson, Colo.

Klima, who has worked for Lee Memorial Health Systems for more than 20 years, did not attend the press conference.

“She really struggled, because she wanted to be here for my brother,” Mike Broomhead said. “She is really trying to get through this 10 minutes at a time.”

“From the first day that my brother became a soldier, she was overwhelmingly proud of him,” he said 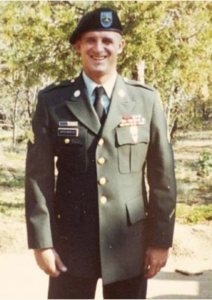 Mike Broomhead, 36, a teacher from Phoenix, delivered poignant messages to several groups of people, including everyone locally who rushed to support the grieving family.

To President Bush he said, “My brother was honored to serve under you. We are proud to call you our president.”

To U.S. troops serving overseas: “We pray for you every day. We are proud of you, and we salute you.”

The wave of attacks that claimed the lives of Broomhead and Quinn has officials debating whether to expand U.S. military force in Iraq. The two Florida men are among five soldiers killed in Iraq in less than a week. At least 23 recently have been wounded.

HealthPark’s atrium filled with hospital staff during the press conference. Some tearfully hugged the men they had watched grow from boyhood. Curious passersby were drawn to the scene, some brushing tears from their cheeks and wiping wet noses when they heard whispered explanations of what was happening.

Yet faith and pride, not despair and mourning, highlighted Mike Broomhead’s message.

He asked anyone praying for the family to remember his brother’s wife, Kelli Broomhead of Cannon City, Colo., and sons, Jacob, 11, Zachary, 9, and Jason, 7.

“His wife and children are the ones who really need your help,” he said.

“With faith and trust in Jesus Christ, we will get through this,” he said, quoting the Bible passage of John 15:13 — “Greater love hath no man than to lay down his life for his friends.”

“There are 3 million Iraqi people who are celebrating freedom because of the brave men like my brother,” he said. 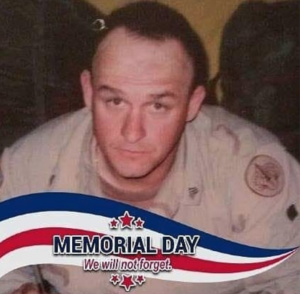 Klima received a voice mail message from Tom Broomhead last week, letting her know that he was on his way to Fallujah. He arrived there Sunday and died Monday.

“I think it is fitting that he died on Memorial Day,” Mike Broomhead said. “He was going to make a career of the military. He was due to re-enlist.”

After graduating from Cypress Lake High School in 1987, Tom Broomhead lived in Fort Myers and coached a Cypress Lake Hornets Pop Warner football team before joining the Marines. After a four-year tour with the Marine Corps, he enlisted in the Army. 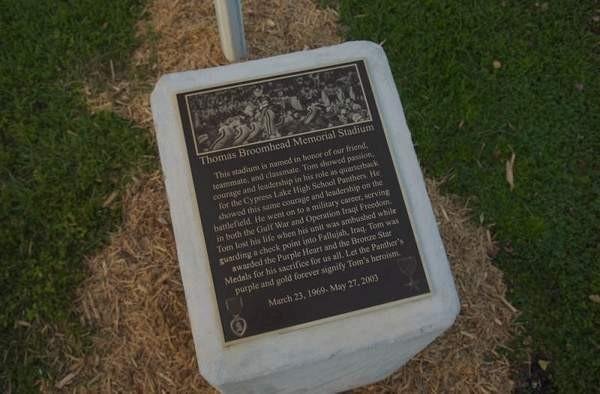 Most recently he was stationed at Fort Carson as a Bradley commander with the Third Armor Cavalry Regiment, Eagle Troop.

Mike Broomhead described his brother as an easy-going, passive man likely to smile and joke his way out of a confrontation. Even if someone hit him, he said, “He wouldn’t hit somebody back because he thought it was ridiculous and it wouldn’t solve anything.”

All three brothers remained very close through childhood and into adulthood. “We go through this with no regrets, no unfinished business,” Mike Broomhead said. “We will get by with nothing but wonderful, wonderful memories.”

The brothers said Tom Broomhead would have been uncomfortable in a hero’s spotlight. The closest he came to fame was the 1986 football game he quarterbacked against Fort Myers High School. About 10,000 people turned out to watch the undefeated teams play that year.

“He never wanted to be in the limelight. He was happy to be a team player,” Mike Broomhead said.

Thomas Broomhead is also survived by his father, Robert Broomhead of Chandler, Ariz.

The family is planning a local memorial service, but has not finalized plans for burial.

Mike Broomhead closed his remarks by expressing appreciation for the people of Fort Myers. “We love Fort Myers,” he said. “I ask you to continue to be a blessing for my family when I go home. 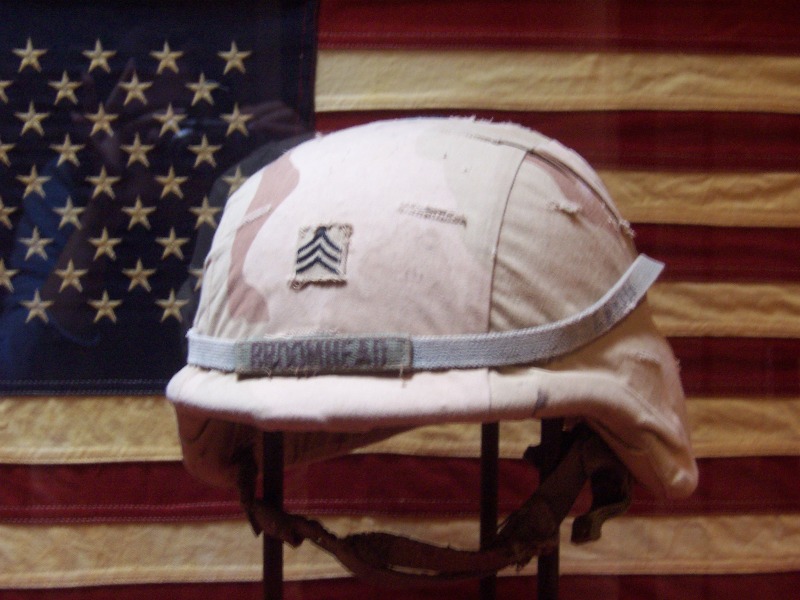 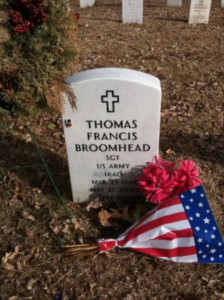